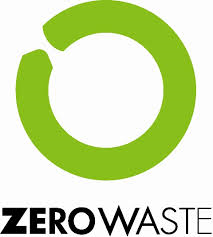 Experts may differ on the definition of ‘Zero Waste’ but one thing they all agree upon is that it means different things to different industries.

When we were children growing up, elders used to say, “Waste not, want not.” Meaning the wise use of one’s resources will keep one from poverty.

In recent years however in the light of global warming, climate change and sustainability this philosophy has expanded into the concept of ‘Zero Waste‘, which has emerged as a key solution for a low-carbon economy. It represents a shared vision for the future that’s good for people, the planet and profits.

The popular concept of Zero Waste refers to the elimination and management of wastes and calls for wastes to be treated as valuable resources. It is a philosophy that encourages the redesign of resource life cycles so that all products are reused and little or no trash is sent to landfills and incinerators. But as we explore further in this article, we shall see that this is a ‘narrow‘ interpretation of this concept which leads to limitations.

Experts may differ on the definition of Zero Waste but one thing they all agree upon is that it means different things to different industries.

This is no more evident than in the palm oil industry which has always stood tall amongst its peers and prided itself as a shining example of a zero waste industry – practically from day one. Afterall almost all the by-product residue generated by the milling process in a palm oil mill are consumed internally leaving little or no waste! Empty Fruit Bunches, EFB and Palm Oil Mill Effluent, POME have long been treated and used in accordance with this principle.

In the case of the palm oil industry, the main resource inputs to the mill are the Fresh Fruit Bunches or FFB, fresh water, some diesel fuel and manpower. Once the FFB is stripped of its fruits, the EFB is expelled as a waste residue and causes a major disposal problem. However, wherever possible it is mulched and used as fertilizer in the plantation. At the end of the pipe, there is another major waste, the palm oil mill effluent or POME, but even that is captured for its biogas these days. The POME is treated through anaerobic digestion to become an environmentally safe effluent, while the biogas produced in the treatment process is captured for energy use.

A recent development is proposals and attempts to dry off the POME by evaporating off the water using steam generated in a boiler by burning the EFB. This eliminates the problems of disposing both the EFB and POME in one clean go, but without consideration of efficiency of resource use.

All these tail-end residues are reused with minimal wastes. So against this backdrop, it would appear that the palm oil mill industry generates very little waste as it is and has in fact already attained Zero Waste status. That in itself should be a good thing and a laudable achievement. But is it?

Given this scenario how then would it make sense for the palm oil industry to generate more waste? How could disrupting the present status quo to release more waste make the industry any more sustainable than it already is? It appears to be a puzzling paradox.

At a time when industries the world over are religiously trying to minimize and eliminate waste, how can one make out a case for generating more waste as in the case of the palm oil mills? Such a proposition could be labelled as seemingly absurd or self-contradictory and yet when investigated or explained further may prove to be well-founded or true. Interesting to say the least.

But the thing is palm oil mills can be re-designed, built and operated in a way that optimises resource recovery and generates renewable energy in an efficient and environmentally sound manner. In this way large amounts of biomass residue can be conserved for use elsewhere.

The justification for more waste in the palm oil industry stems from the fact that its residue are highly valuable resources for economic and environmental well-being. The argument follows that if somehow the production process could be optimised to require less waste to meet the mills’ internal needs for power and steam, then there would be more of the waste available to be released to other users for their energy needs. This will translate into greater carbon emissions reduction for the palm oil industry.

A working definition of Zero  Waste by the Zero Waste International Alliance ZWIA means “designing and managing products and processes to reduce the volume and toxicity of waste materials, conserve and recover all resources, and not burn or bury them.”

While most zero waste initiatives are end-of-pipe solutions the palm oil industry could be more holistic – that is, focusing equally on the front end. We could do better if we were to define Zero Waste as Zero Wastage and define Zero Wastage to mean designing and managing processes to systematically depart from wasteful practices from the viewpoint of input resource efficiency. Here it becomes clear that the perceived popular definition of Zero Waste has inadvertently created a blind spot with regards to the inefficient usage of bio waste resource internally by mills.

The second half of ZWIA’s definition reads … not burn or bury them. The time has come for the palm oil industry to review its practices in the light of this definition. Wasteful burning of palm “bio-waste” in a steam boiler is a lost potential to improve the environment as a result of GHG emissions and injures the company in terms of lost revenue and negative image/reputation.

It would require a dramatic paradigm shift on the part of palm oil mills to design waste out of its production processes. If palm oil mills can be re-designed or re-engineered for greater efficiency they will be able to do more with the same resources or achieve the same results with less resources.

The fact is modern truly zero waste solutions are readily available – specifically for the palm oil industry – which could be implemented today, using existing innovations, with immediate results. The appeal in these solutions lies in the fact that they are not just a bridging moral and ethical solution to solving environmental issues but bring about lucrative economic benefits to the implementors.

The mission should be to re-design, build and operate palm oil mills that optimize resource recovery and generate renewable energy in an efficient and environmentally sound manner.

This blog re-visits the concept of Zero Waste in the palm oil industry from a front-end perspective, examining its resources and how they are utilised in the palm oil production process.

It goes beyond recycling because recycling is only an end-of-pipe solution to a problem that has its beginning at the front end of the entire production process.

The philosophy of Zero Waste demands exploring how to wring the maximum efficiency from the use of all the resources that go into the production of palm oil, namely, oil palm fruit, water, energy and human resources.

2 replies on “Piercing the Veil of Zero Waste: What does it (really) mean for the Palm Oil Industry?”

Piercing the Veil of Zero Waste: What does it (really) mean for the Palm Oil Industry?