The new blessings of climate change for the palm oil industry.

Climate change mitigation measures are bringing surprising new opportunities and benefits to the palm oil industry – strengthening the bottom line and nudging it towards a more positive image.

Although climate change supporters continue to highlight the shortcomings regarding practices of the palm oil industry this has not deterred the world demand for palm oil from growing. Ironically today it is the same “climate change” call, that has surprisingly turned the industry into a beacon of hope. Among a barrage of measures climate change is driving, one is for traditional fuels to be replaced, at least partially, by biofuels as a source of clean energy to reduce carbon emissions. And it is this growing world demand for biofuels that has today made the world realise that the palm oil industry is not all bad news. Nay, it may well hold an important key to combat global warming.

Indeed climate change proponents have conferred a new dimension upon the palm oil industry, that is, a vital source of clean energy based on its following four attributes, namely:

The palm oil industry is capable of making a valuable contribution to offset greenhouse gas (GHG) emissions by being a source of alternative fuel to fossil fuels. Palm oil is the most widely produced vegetable oil worldwide with a production of 54 million tonnes in 2011. Malaysia is the world’s second largest producer and recently reached an output of 20 million tonnes per annum. More palm oil production translates into more opportunity to foray into biofuels supply. Of all the food crops that can be sourced for biofuels, oil palm stands heads and shoulders above the rest, outdoing the competition, for four main reasons:

Recognition of the above plus points has created new opportunities for market expansion and increased revenue for palm oil companies, that is, greater economic success.

However in Malaysia, it has not taken off as well as it could. A lot of potential remains untapped. We’re still unable to qualify as a low-carbon biofuel to take advantage of the biofuel quota mandate in the EU and US, which would boost the demand for made-in-Malaysia biofuels, internationally as well as domestically.

Malaysia has not yet successfully qualified for reserved biofuels quota primarily because it is unable to comply with the qualifying conditions. In order to qualify, among other conditions, palm oil producers need to show that the carbon footprint (lifecycle analysis) of palm biofuel / biodiesel is at least 20% to 35% lower than that of fossil fuels they are meant to replace.

As such, for the time being we can only compete in the open market in the EU and US based on the price differential with fossil fuel. But the good news is that these potentials CAN be put within reach quite easily – reason being we are not that far off in the first place.

In Europe, any biofuel used in diesel mixtures to participate in the mandated quota must offer a 35% carbon reduction according to life-cycle analysis, whereas palm biodiesel only offers 19%. So at present we are unable to penetrate the European mandated market. However, this trend can be reversed using available innovative technology which has the potential to actually bring about a further reduction of more than 35%. The technology even has the potential to give 2nd generation biofuels a run for their money.

A U.S. EPA-commissioned panel of independent peer reviewers has established the lifecycle GHG emissions figures in their findings published in 2014. Emission Factor for Tropical Peatlands Drained for Oil Palm Cultivation

However, Malaysian palm oil growers were embroiled in dispute over the findings instead of finding ways to reduce the carbon footprint through mitigation efforts. Peer reviewers question EPA emission estimates for palm oil

Here is where the strength of our technology comes in – its transformative ability to lower the carbon footprint of palm oil production significantly compared with existing levels. The proposed innovative technology may be a small step for the mill but a giant leap for the industry.

The technology proposed is relatively new but being a drop-in retrofit application, it is practical with minimum disruption to palm oil mill operations.

With an investment payback period of 1-4 years and an IRR ranging from 20% to 90%, it would certainly be worth exploring based on these economic parameters alone. But this technology offers much more, that is, a gateway to qualify for the, till now elusive, reserved and lucrative biofuel markets.

It must be conceded that the larger palm oil companies have been pursuing sustainable practices in the agricultural aspects for some time, such as, opting to plant in degraded land, and staying away from forests and peat soil. The next logical step would be to look at energy efficiency at the mills to optimise the clean energy potential of biomass residue.

It is encouraging to note that more and more plantation companies are embracing sustainability as a long term process and openly welcoming partnerships with others towards this end, especially in those areas where niche expertise is not available within the company.

This article re-looks at some of the current engineering practices in palm oil mills. Our vision should be that in future all palm oil mills are redesigned to be energy-efficient as this will enhance sustainability through several channels, namely savings in fuel oil, harvesting of surplus biomass, and supply of heat and power to utilities or general industries. But the good news is that profitability need not be compromised. In fact there is even more money to be made from the sources mentioned above as well as successful entry into the biofuels markets.

We are the last generation that can fight climate change. We have a duty to act. 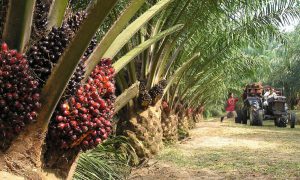 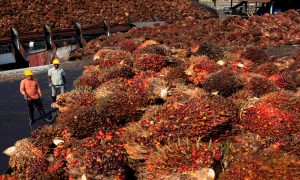 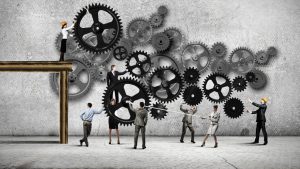