Everyone in the know of renewable energy agrees that the best investment and what should be done first is energy efficiency. Energy efficiency is the low hanging fruit in the economy’s transition to less greenhouse gas emissions. Let’s look at it from the perspective of our Utility Power Stations. 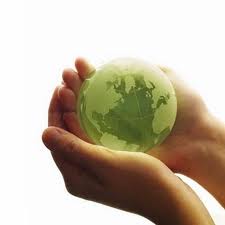 Public in the know and their participation in the well being of the energy industry has usually been a force of motivation for utilities to pick the low-hanging fruits, than leaving it to rot and pollute the environment. Public involvement is important as they are the biggest stakeholder in the energy industry; they consume and pay for the energy, and are concerned about how clean is that energy. The public need transparency and timeliness of relevant information for their participation. The annual report of the Energy Commission of Malaysia on utility energy efficiency can enhance transparency and timeliness to encourage the public participation. The way the statistical information is currently presented in their annual report reveals only half the picture and is insufficient for public to understand what is going on in the industry. 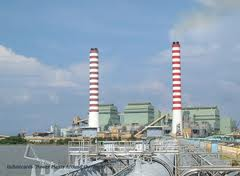 When one examines the operational thermal efficiencies of the power stations in Peninsular Malaysia (as reported in the ‘Performance & Statistical Information 2008’ published by the Energy Commission), and compares those figures against corresponding known design efficiencies of the said power plants it is apparent that the losses due to inefficient operations are staggering, as indicated by an example of an operating TNB power station, where a 2100 MW power plant loses RM 300 million a year in burning extra coal to make up for the inefficiency. Burning extra coal translates to emitting that much unnecessary greenhouse gas emissions. 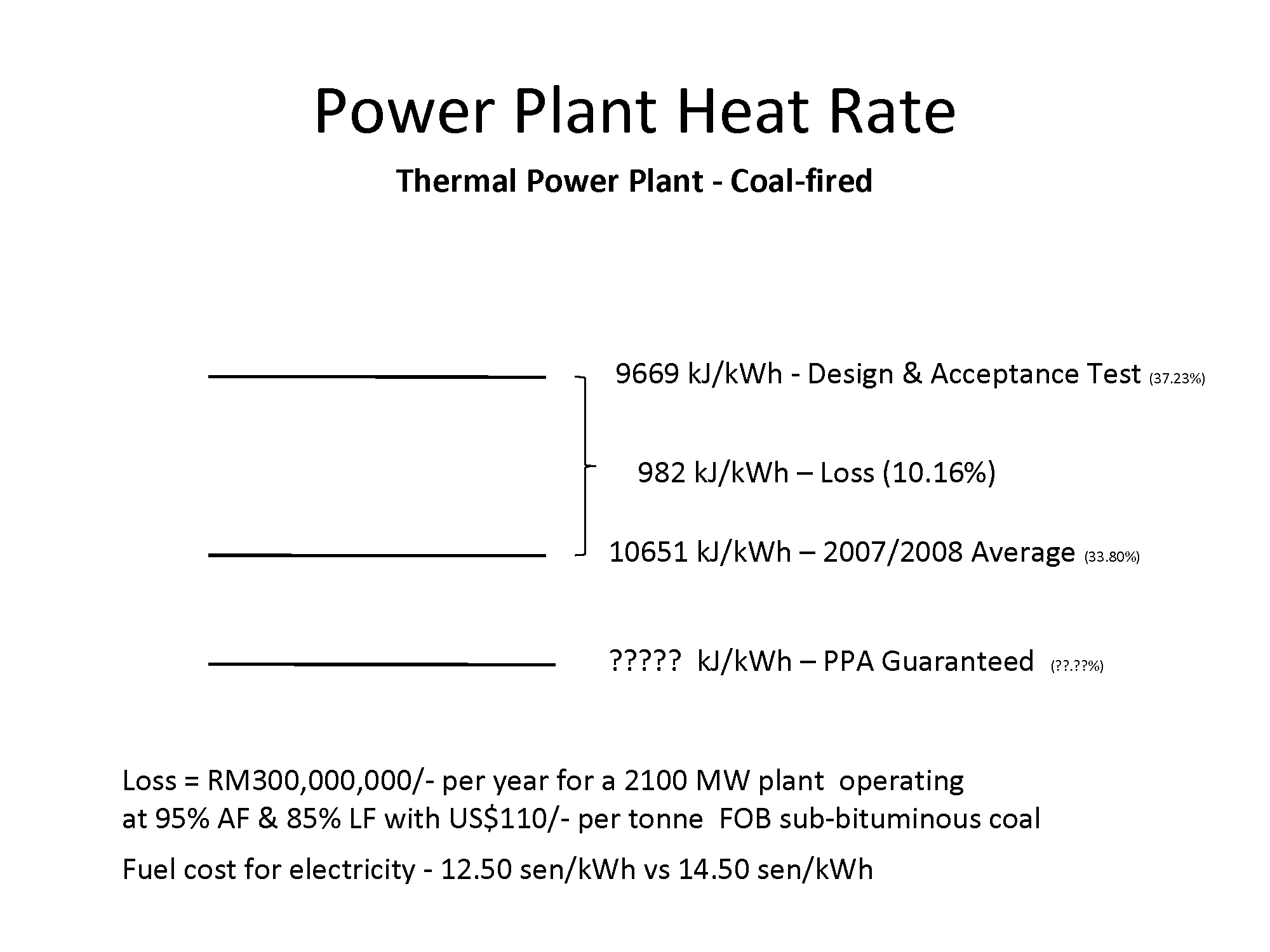 The statistical information currently published by the Energy Commission reveals an incomplete picture of power plant performance i.e. it shows only the efficiency as a ratio of electrical energy produced against fuel energy consumed. It does not compare the efficiency of the power plant operation against its design efficiency. The design efficiency and its design capacity are what the capital cost has been paid for. The report also does not reveal the operating capacity at which the plants are being used. To reveal the whole truth Energy Commission needs to declare the design efficiencies of every power plant in the system for comparison and policy formulation purposes.

Tabulating the operational thermal efficiencies against the design or ‘Acceptance Test’ thermal efficiencies for every machine operating in the power system will show a clearer picture of the extent of degradation but at the same time, indicate the potential for financial and environmental improvement. Thermal efficiency degradation has three direct consequential detrimental effects on the electricity power industry:

To reiterate, when there is degradation in thermal efficiency this will lead to a concurrent reduction in generation capacity. A further tabulation of the operational unit capacity factor based on rated capacity for every machine operating in the power system could provide additional valuable insights into some of the reasons behind the efficiency and capacity degradations. The operational unit capacity factors will further reveal how well the installed plant capacities are used.

As an example, when TNB had to resort to purchasing distillate fuel on the spot market costing RM 3.0 Billion to operate the aging gas powered plants, the question arises whether the newer more efficient and economical power plants using coal as fuel were operating at design efficiencies and capacities? Another question is whether any open cycle gas turbine power plant that guzzles fuel at low efficiency were in operation? These are the first thoughts that come to the public’s mind in view of the much debated ample generation reserve margin capacity that the power generation industry enjoys at present. It is incumbent upon the Energy Commission to reveal these information to the public as the public need to know the information to appreciate the true situation.

It is suggested that the above two tabulations are included annually in the Energy Commission’s ‘Performance and Statistical Information’ to enhance transparency in the power generation industry. 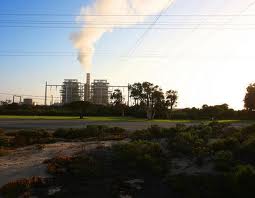 It is established knowledge that power plants can maintain their design efficiencies and capacities throughout their life, and even after decades of operation, by putting in place good maintenance programmes. In fact, in many utilities, the operational thermal efficiencies have even surpassed their original design efficiencies by taking advantage of new technologies in repowering older machines. Therefore, there is an urgent need to scrutinise the reason for the huge degradation of thermal efficiencies reported and the ensuing increase in greenhouse gas emissions. Here we need not elaborate the massive financial expenses incurred by the government, principally due to the mechanism of fuel pass-through subsidies to the independent power plant operators.

We are given to understand that commencing in the year 2007, TNB and IPP’s have begun introducing voluntary initiatives to improve the thermal efficiencies of their power plant in view of the demand for a reduction in emission of greenhouse gases and other pollutants from the power plants. It will be interesting to assess their achievement in this regard to-date, when the pending final report for the year 2009 and interim report for the 2010 are released by the Energy Commission.

Surprisingly, we note that there is limited publication and a general lack of active discussion by TNB or IPP’s on work related to clean energy development or climate change remedies related to the power generation industry, an area of immense global concern today.

To improve transparency, the Energy Commission should be encouraged to publish current thermal efficiencies and capacity factors alongside with the corresponding targets TNB and IPP operators have set for each of their generating units in their portfolio (the final target being their respective design efficiencies and capacities). 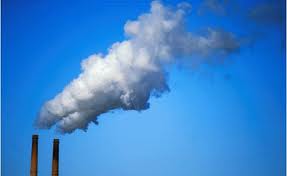 Based on the last four years’ results of these voluntary efforts to recoup lost thermal efficiencies by TNB and IPP operators, the Energy Commission could consider whether regulatory measures are required to motivate TNB and IPP operators to meet their machine design efficiencies. This may be necessary to bring about the desired reduction in emissions of greenhouse gases and other pollutant caused by these inefficiencies, let alone the government having to bear the additional fuel cost due to these inefficiencies.

This will be a prudent action inline with the country’s aspirations and promised commitment in emission reduction.

From the news media, it would appear that TNB and the Energy Commission are preparing to add new power plants to augment the installed generation capacity by two plants of between 800 and 1000 MW. Thus it would be timely and prudent to examine the current extent of capacity degradation and potential for restoration of the lost capacities in the present generating plants before embarking on the expensive new plants.

With the present installed capacity of 20,000 MW, by merely improving the capacity factor through thermal efficiency restoration and other schemes, the existing plants should be able to increase the actual generating capacity by 1000 MW (5%) much earlier than the four years it would take for the new plants to come on stream, especially with the initiatives already underway with TNB and IPP’s. This will serve to not only avoid or delay capital expenditure, but also save on fuel cost and protect the environment. These are bonuses to be reaped by these measures of efficiency/capacity improvement. 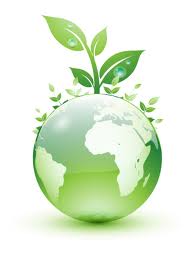 It is evident that TNB and the IPP’s are competing for the proposed generating capacity and the Energy Commission has already indicated in the news media that a study is underway to select the most appropriate site. We consider it prudent that the Energy Commission informs the public of the clean coal technologies that the three competing operators have proposed for consideration. At the proposed plant capacity level of between 800 MW and 1000 MW, there are several competing advanced technologies as listed below that provide significant higher economics of operation through higher thermal efficiencies coupled with near zero emission levels:

Considering the uncertainties of fuel supply and prices in the future, it is judicious to explore the new technologies from different aspects that would have a bearing on economic operation. A comprehensive justification from all angles for the proposed technology should be presented to the Energy Commission for consideration. With TNB and IPP’s having several years of experience with coal-fired power plants one would hope that any one of technologies mentioned above will be proposed for the near future. These technologies could be a prelude (or preclude?) to our embarking on nuclear fuel. However, it is puzzling to note that to-date there is absolute silence on this matter. Public participation should be encouraged through providing them with necessary information. 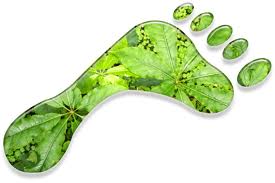 As part of the overall efforts to care and preserve our environment, power plant operators need to pay special and urgent attention to the effects of their operations on our marine eco-system. Almost all the existing thermal power stations use seawater for their cooling.

To control the inevitable bio-fouling in the cooling system, Chlorine as a strong oxidant is currently used to kill the bio-organisms that foul the system. A typical 3 x 700 MW power plant discharges about eight tonnes of Chlorine daily into the sea. This causes serious damage to our marine eco-system.

With our heightened regard for protection of marine eco-system, TNB and IPP’s should be encouraged to look at mild and safe non-oxidant alternatives to Chlorine as is actively being pursued in advanced countries.